The building up of company and/or private assets is often the main focus of individual economic activity. Succession matters often go unconsidered during this. Private and/or company succession planning is an aspect of considerable importance at every stage of your life, however. Property succession may either be planned and brought about by sale or anticipated succession, or unplanned as a result of death or other significant events. 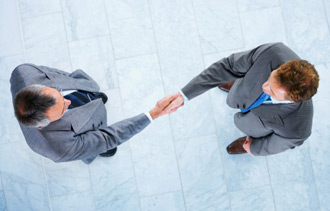 Both planned and unplanned property succession should be considered at an early stage. If a sale is considered, this process can usually be initiated and prepared for with sufficient prior notice. Many people may be unaware of the possibilities for structuring anticipated succession. Anticipated succession offers various options and alternatives for passing on assets to the next generation or an existing company in the most tax-effective manner possible.

The situation is different for unplanned succession. If the asset holder dies, for example, this can have significant undesirable consequences for the survival of the assets. If the case involves minor children, the surviving spouse may only be able to take decisions together with a non-family supplementary guardian or custodian appointed by the court in the future. The direct or indirect legal order of succession may include unwanted heirs (such as divorced spouses). Neither can the testator necessarily assume that his or her heirs will be able to reach an agreement. This can lead to assets having to be auctioned off at far below their market value and companies being unable to act or even going bankrupt. Many of these problems can be solved if suitable mandates and declarations are issued in advance.

Timely succession planning is therefore a crucial element of life planning. It should take place early on to ensure that a thorough analysis of the objectives can be carried out - both by the asset holder and by the selected successor - and succession can be directed towards this objective.

Like for businesses, property succession for private individuals is never purely a question of civil or tax law. Instead, both areas of law are very closely linked as far as this matter is concerned. An effective solution cannot be achieved without detailed knowledge and an in-depth consideration of all inheritance law, company law, family law, employment law and tax law aspects, together with an assessment of the economic aspects of succession.

Thanks to our holistic approach, which encompasses auditing, tax and legal advice, and our specialisation in both the fiscal and legal aspects of succession planning, we are able to find the right solution to meet your requirements while giving you the greatest possible tax benefit.

Our specialists in this area is Mr Hendrik Zeiss (Attorney-at-Law and Tax Advisor). Mr Zeiss has many years of experience in the area of company succession and is co-authors of a guidebook on the subject ('Unternehmensnachfolge' published in 2007 by Cornelsen).